Since this is technically ‘my journal’ and its something I want to leave to my daughter.. I should chronicle the past few hours.  The wonderful time we’ve had tonight making dinner at home, having a dear friend over for a bit, hanging out with homework done and the excitement of getting a few things tonight for a dance class she’s been wanting to take, which starts tomorrow.  But then I’d also have to jot down some thoughts on the huge blowout we just had as well.  It happens more frequently than I would like.  At ten I guess I might expect we’ll have more.  I know I did with my own mother.  But I’m hoping to minimize or eliminate or reduce there ever being a need.  Is that possible?  In the meantime, while she implodes, I’ve been working on remaining as calm and quiet as possible (which doesn’t always work), which upsets her all the more.

But, the Cowboy wanted me to write something more lighthearted tonight.

Oe of them anyway. 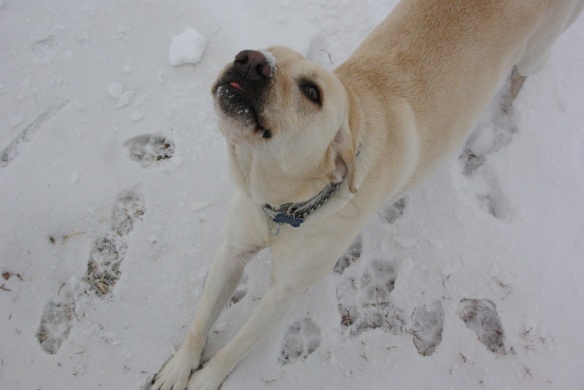 I had to leave my little yellow lab with the Cowboy this past week as my return trip home didn’t go quite as planned.  I ended up flying instead of driving.  Which means, the dog is still at the ranch, for now.

And, she’s not really a great ranch dog.  Not yet anyway.  She likes to play .. and wants to play with just about anyone or anything, regardless of size.  The horses for the most part, would prefer she go play in another pasture.  I’m concerned it may take a good kick for her to get the picture. 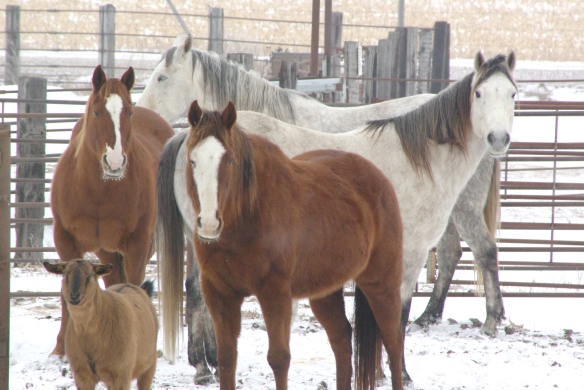 Confused by the dog

When she’s not chasing friends ..

She’s sleeping on the Cowboys bed.  Which he’d prefer she doesn’t do.  Or, apparently, she’s eating leftovers the Cowboy and the kids thought would be good to just set out on the porch after leaving them  in the crockpot too long they burned.

I warned him.  “Don’t let the dog eat anything but her dog food.  It’s just not a good scene,” I’ve told him on several occasions as he’s used to giving his pup, any and all leftovers.

He’s quickly finding out why.  The lab doesn’t have a very resilient GI system.  And straying from one of the only dog foods I found that worked for her to ever have a solid .. well, let’s just say she needs a strict diet or things get a little ugly.  I do believe if she were a cartoon character, there would be one of those, you know.. army green clouds following her around.

And as we talked this morning, all I could do was laugh as the Cowboy repeatedly said her name.. groaned at the scene or rather, scent unfolding before him.. and went to let her out, again.

So that she could go play with the horses. 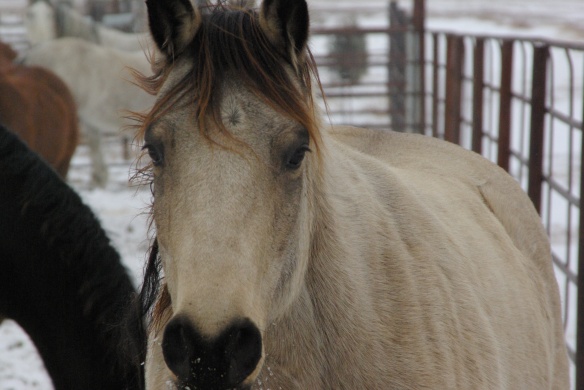