It was a late night of driving up into the northwoods of northern Wisconsin..

The two lane highway last night once we were north of Minocqua was pretty quiet.  There was an occasional car.  Otherwise, only the wind was howling..

We pulled onto the dirt road heading to my dads at about 2:30 this morning.

February, unfortunatley is a month I can not take any time off of work unless death is knocking on the door.  Sincerely.  I work in news.  Ad rates are based off of ratings four months out of the year.  Which means no time off.  So we didn’t leave town for the 6 hour drive until about 8 o’clock last night.

I’m usually up late nights, so that part wasn’t a big deal.  But I’m not always a fan of driving in rural areas at that hour.

We were dodging deer.  Random snowdrifts across the road.  People leaving the bars in their vehicles and on snowmobile.  And, worst of all, try finding somewhere in northern Wisconsin open to use the bathroom in subzero temps just after midnight.  Not an easy task.

But my dad wants more time with us.  And us with him.

And its been too long since we made the trip north.  SO.. we packed up the the car, all of our winter weather gear, skiis, skates, snacks and the dogs and .. arrived in the wee hours of the morning.

We brought our ice skates.

We fed the birds.

We’ve watched our two labs run around like this is the time of their life.  NO leash, lots of animal scents to check out and no one else as far as the eye can see is like heaven for a dog.

While there are a ton of things we COULD be doing, running from one thing to the next, which often is my norm, we are doing much of nothing today.  Except spend time together.

In fact I just spent the past two hours on the computer with my dad.  Teaching him how to use something most of us use everyday and take for granted that it’s easy.  It isn’t for him. I have never understood why. I’ve been frustated he wouldn’t use it more to keep in touch with us.  And, I never would have understood why.  Had I not taken the opportunity today to just be still, and spend time with him this morning.

I’m going to write about why that was cathartic later tonight, perhaps.

But for now.. I’m going to eat the delicious breakfast he just made that reminds me of all the weekend mornings he used to cook for us when we were kids. 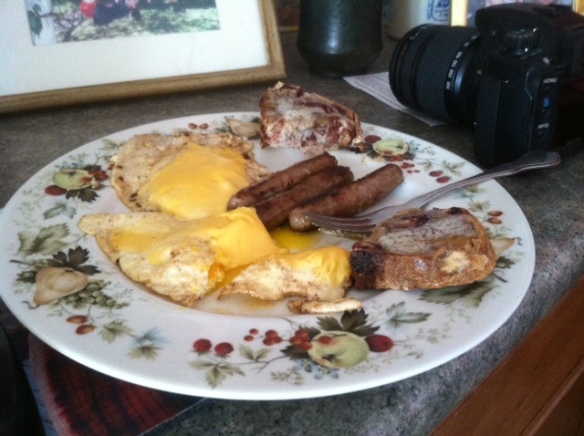 (I’ll post pictures later, have some fun ones of today but can’t figure out on his computer where to download the pics off my camera!)

The Cowboy’s mom wrote about the importance of time in her plea this week to South Dakota state legislators in regard to passage of bills that give children in divorce, equal time wherever and whenever in their best interest, with both parents.  I won’t dwell on that.  What struck me as I was thinking about what I wanted to write today.. was the theme of time.

And how when we have it, or the opportunity to have it especially with family, it is a gift.

My mom isn’t around anymore.  She’s been gone now, almost 11 years.  I miss her more than anything.  And the last thing I did before leaving our house for the drive here last night, was touch the photo I have of her on my dresser.  I have many others who are like a mom to me – for so many reasons.  I love them all dearly.  So does my daughter and I want for her to know how each of them has played a role in who I am today.  At some point this year, you’ll meet them too, if you stick around long enough.

But my mom, is gone.  And I would give anything for more time with her..

I know my dad would too.

We’ll ony be here a day and a half, and have to head home. 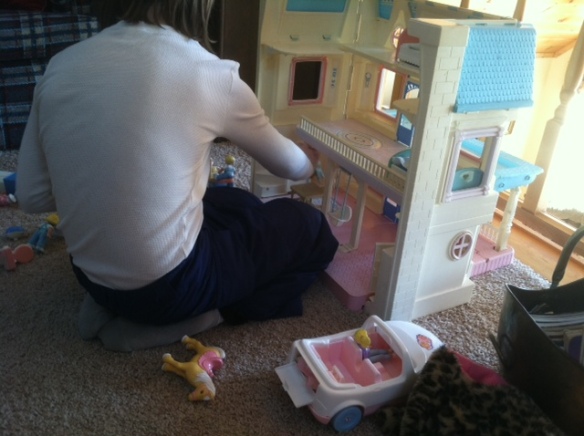 But I know the time with him is precious.  We need to make more late night drives.