I looked at the Cowboy and almost bust out laughing.

We were driving the other night with all the kids in tow .. and one of our 5-year-olds from the far back says in a very confident voice, “When are you going to get a job?”

Quite certain the question wasn’t his own but rather one he had heard someone else ask… I assured him that I am working.  It may not look like my last job and at it may look different at times but I am working and I always will.

And then I asked if he was worried about it.

“Is there a certain job you think I should have?” I asked.

The Cowboy and I looked at each other and started to laugh as his older siblings jumped on him telling him how rude that was to ask.  It assured him again, that it was fine he asked.  I didn’t care.  I instead, have found it rather interesting there are a couple of people seemingly more concerned about me finding ‘a job’ they feel fits what they think I should be doing, more-so than the Cowboy or I.  And I’m pretty sure its not a 5 year old.

I have worked my entire life.  Since I was about 10, actually.  If we wanted anything above the basics, which my parents were happy to provide, my brother and I had to earn the money on our own to buy it.  At the time I didn’t think much of it.  But as I’ve grown, I’ve come to appreciate the life lessons that responsibility taught me.  (I only wish had been a bit more responsible with what I’ve earned over the years, on so many levels.  But that’s a whole other discussion.)

At 10 I started mowing lawns.  At 11, add to that, babysitting.  At 12, came a morning paper route.  At 14 the local florist was looking for some good part-time help.  Maureen was a blast to work for.  At 15, I started what became a very lengthy waitressing career, in a small restaurant in my hometown.  Every Saturday and Sunday morning, I’d pour coffee and serve up eggs and bacon for the entire front of the house and scrub bathrooms before leaving my shift.  At 16, I continued to waitress, babysit and at 17 added to it working at the local Cenex and feed mill as an administrative assistant.  I continued those jobs and threw in lifeguarding the 6am morning swim 3 days a week through my senior year.  College had me working 20-30 hours a week through 16-18 credit semesters and two to three jobs, usually waitressing, beverage carting, prep cooking or cleaning hotel rooms in the Wisconsin Dells during the summers.  I took my first broadcasting job at a station in Missoula, Montana for $13,500/year and worked at the bagel shop around the block just so I could have something to eat.  In recent years I’ve turned to music to help supplement my salary and keep the lights on.  I’ve done it because I’ve wanted to.  To support myself, to support my family throughout it all.  I have done it because I’ve needed to.  Throughout it however, I I have enjoyed a wonderful career.  And, I have not complained.  I’ve just worked. 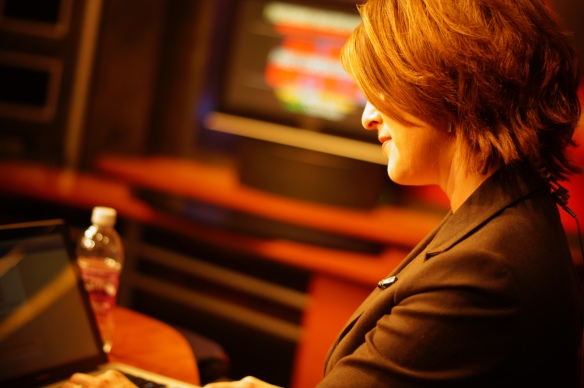 Never.  Never has there been a break in my resume.

Until about two months ago.