If you’ve never been to Stillwater, Minnesota, you’re missing something.  It is a beautiful .. quaint little town along the banks of the St. Croix River (I thought it was Mississippi but, wrong.) just as you cross the border from Wisconsin into Minnesota.  Or, I guess.. the other way around, too.  Leaving Minnesota heading into Wisconsin.  Whichever direction you’re coming from, it’s just a few miles off the highway.  And well worth the trip.  There is a great downtown and a gorgeous landscape surrounding the small town. 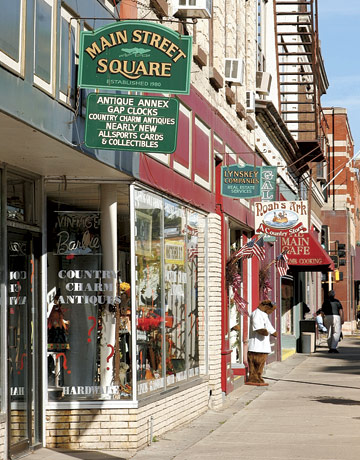 Lot of antique shops.  Well, a lot of quaint little shops in general to be honest.

I’m pretty sure the Cowboy and I checked out each and every one of them in the three hours we were there.  The day we actually met, in person.  Late last June.

Because I was hungry for breakfast.  I had just come from a long run.  And it was past noon.

As we were told, ‘no breakfast anymore’ walking from place to place, we finally settled on a nice bistro on the edge of town (no more restaurants to hit).  We sat in the window at a table for two.  And I quickly realized it didn’t matter what was on the menu.  I was happy to just delve into the person sitting across the table from me.   (Take that however you want.  But at that point it was all about the convo.)

Another old friend I just ran into and who knew something about someone in South Dakota  said to me .. ‘how exactly, did you meet again?’

Six years ago .. the Cowboy got a call from a friend to show some horses.  He was living in Oklahoma  at the time.  It was to rope at the World Appaloosa show in Fort Worth, Texas for a horse trainer from Wisconsin.  He went.  They won.  They have been great friends and worked together ever since.

Which brings us to a year ago… 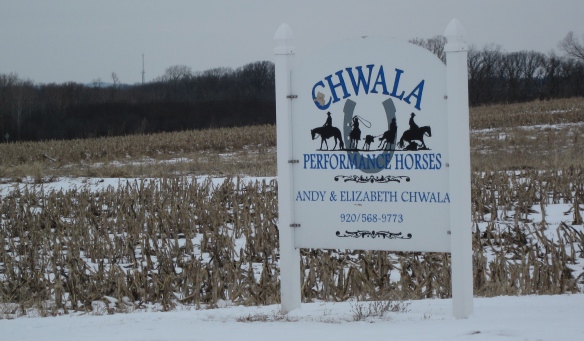 Became my trainer for an event I was asked to do along with some others for the Midwest Horse Fair last April, I believe it was.  We worked together for a few months.  Unlike the Cowboy, I …didn’t win.    But the Trainer and I became fast friends as well.

(He shall from this point forward be called the Trainer.  Because he and his family have now become a big part of both our lives.  Chances are he will make some reappearances in future blogs.)

Fast forward to a Memorial Day weekend trip the Trainer took to South Dakota with a client of his.  They went to the Cowboy’s to have him teach the client how to rope.  They roped.  They drank beer.  And one night the Cowboy got our his guitar and started to play.

“You have to meet a friend of mine,” says the Trainer to the Cowboy.

He bugged him about it again the next day.  The following day on his drive back to Wisconsin, the Trainer calls me and says, “You’re not dating anyone right now, are you?  Even if you are..  I’ve got someone you need to meet.  Go on Facebook or something .. Friend the Cowboy.”

I’m pretty sure both of us laughed and said .. ‘Yeah, sure. Get right on that’… because neither of us was wanting or looking for anything at the time.

Which may be why this has been so good.

We did nothing but talk for what seemed quite a long time.  Great conversations.  Long conversations.  About everything.  Including why neither of us was in the market for a relationship at the point.  Usually it was from about midnight-3am on many a night last June.  And then we thought, perhaps it might be nice to meet.  Because while neither of us was looking to get into another relationship, there was something there.

On a weekend when both our plans got canceled for other reasons.. mine, a trip to Nashville to scope out some potential life changes and him, to North Dakota for a roping school which got rained out..  we decided on a whim, to meet.

One of my best friends had out of the blue, said, we’re home with no plans, come to Minneapolis and see us.

The Cowboy said, I have a friend who’s been at me to come rope.  He’s just outside Minneapolis.

And on that weekend, we met.  For lunch.  Which turned into an afternoon.. one of the best afternoons of my life, thus far I’m pretty sure.

Other than the distance.. we have been together since.

Stillwater deserves a return trip .. I’m thinking.  And breakfast, lunch or dinner.. will be great.  As long as the company is the same.